Perfectionism and The Need to Be Right 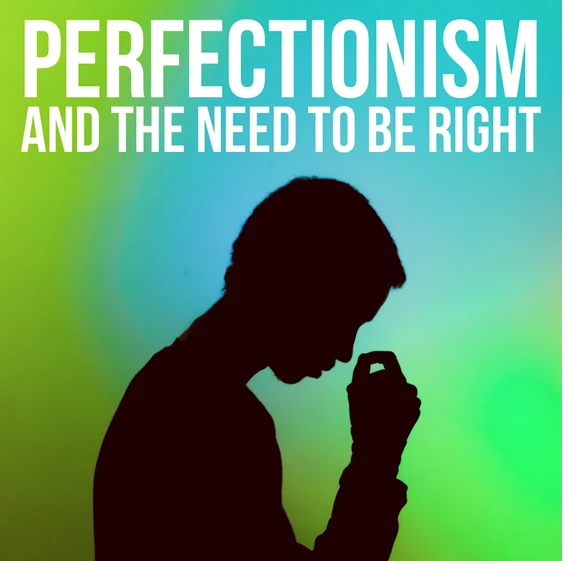 Perfectionism is more common than we may think. Of course, we see it in obvious ways such as extreme pressure to complete a task perfectly, getting perfect grades, going above and beyond in work situations and countless OCD behaviors. There are also more covert ways of being a perfectionist that come out in our interactions with others. Many do their best to be “right” in situations, conversations and arguments to the point of perfectionism.

You can see in many conversations the need to be right is of primary focus. This is why the dynamic of most conversations consist of an attack and defend structure, even if it’s not an argument. Most often people aren’t trying to understand what the person is saying. They are either waiting for them to stop talking so they can go on with their next point, or they’re shaping how they will combat what is being said. They’re looking for holes in the counterpoint, or coming up with a rebuttal that will override the statement being made. The point is not to see the other person’s perspective, it’s to prove that their perspective is “right”.

The Truth is that no one is “right”. Reality is based on each person’s perspective. Let’s take an extreme example to show what I mean, that way it can trickle down easily to less extreme situations. The example is someone killing another person. Most people would agree that this is bad. However, if you add details like they broke into my house to steal my things, some people think that’s it’s okay to kill someone in that situation, some people still say no, it’s not okay. What if your life were in danger? Again, some people (including the law), would say that self-defense is fine and reasonable. Still others that don’t believe in violence towards another under any circumstances still say no, I would rather die, be at peace on the other side than to turn myself into a violent person and take another’s life. Is one-person right and another person wrong? Of course not, it’s simply their perspective based on their experiences mixed with their personality which came to a particular conclusion about the situation. This is how everything is, completely perception based. It’s true that at this time in history, the way society is, we need to attempt to come to decisions that work best for the most people possible. The problem is that we’re not doing that. We’re spending our time trying to convince everyone else that our way is the right way and the only way.

We aren’t having conversations attempting to understand other people’s perspectives and working towards a common solution. We are fighting over who’s right. Have you ever noticed that if someone who’s locked onto an idea happens to get backed into a corner where they’ve been proven wrong beyond a reasonable doubt, they simply dismiss all the evidence with a simply hand wave or a “you’re a jerk” statement and walk away? They still don’t change their mind because it was never an exchange of ideas, it was simply a back and forth in an attempt to be right. They’ll just go home, do a little research to develop more evidence to prove themselves right the next time.

We see this in politics to the point of absurdity. One side will defend absolutely any negative behavior and the other side will attack absolutely any positive behavior. There is no truth here, there are only arguments. There can be no solutions because no one is looking for them. As long as everyone is busy arguing, things keep getting worse. At some point we’ll stop arguing and begin working on solutions – this is when things will start to get better.

So, you see there is no reason to attempt to find perfection in any way on the earth plane, it doesn’t exist. You cannot prove to someone you’re right no matter how much evidence you have or how many people agree with you. It’s simply a matter of perspective and perspective is subjective. Once you prove you’re right 100%, someone can simply say, “No, I disagree,” and wipe out your entire repertoire of proof. Let us try to open our minds in the direction of understanding each other. If we meet there, then we can walk towards the solution together.

P.S. In this blog, I spoke very little about the solution so I’m going to focus on that in the next blog specifically. It will be called: The Solution for Being Right. Coming soon!