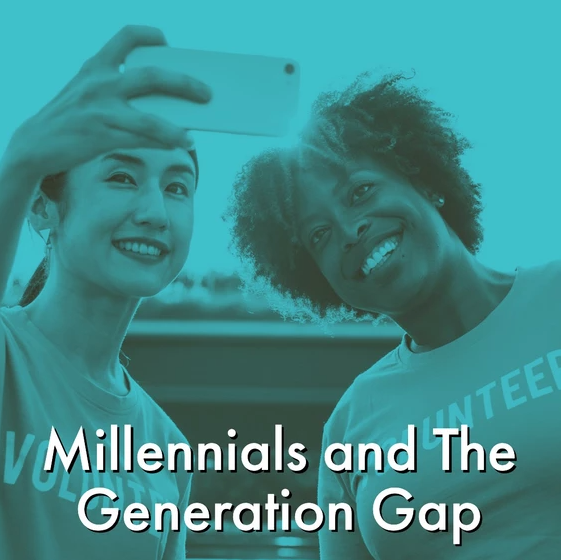 Millennials are a very big topic right now because of their entry into the workforce as well as their sheer numbers. As with many areas there seems to be a lot of finger pointing as to what’s wrong with them and how previous generations were “better”. Every generation does this, it’s a normal part of change. People do things the way they do them because at some point, they decide…this is the proper way. Once they lock into that way, change is difficult.

The main concern I hear about millennials is that they are “entitled”. They think they deserve thing by just being. At first glance this can be alarming because previous generations were taught very different beliefs. While there is a learning curve (like anything), this is not necessarily a bad thing. So, let’s first look at the learning curve so we can quiet the mind from overly objecting to the entire thought process. Of course millennials need to be held accountable for their actions, there are natural consequences to their actions (or non-action) just like in previous generations. It’s not okay to sit around doing nothing and expect to have everything that you want. No one could be happy that way even if it were true. We are constantly expanding, growing, becoming better versions of ourselves. This is nature. If someone isn’t expanding, they will eventually experience depression simply because sitting still is not the way of the Universe. It’s not a punishment, it’s a natural consequence.

Therefore, millennials, like everyone else do have to learn to take part in their own expansion. This is done by natural consequences. If they have 5 days of vacation at a job and they take off 10 days, that is not the millennials fault, that is the bosses’ fault for not enforcing the natural consequences of the job. People get away with whatever they can, it’s always been this way and it’s not a reflection of work ethic. While I was young and working…I took off the time afforded me and nothing more. Why? Because I was a responsible young man? No, I was not! It was for one reason…because if I didn’t, I would face the consequence of losing my job and it would be enforced…I believed that to be true. Whenever I found out I could get away with more…I did. I’ve always been a good worker and have done well wherever I worked because of my work ethic however I also took advantage of whatever I could get away with. As I grew up, got used to working, matured, I stopped looking for what I could get away with but for me this took many years. I didn’t walk into the work force with it. In fact, it really began to take root when I had my son at the age of 32 which helped me grasp a new level of responsibility.

My generation are the parents and the bosses at this time in history. It is our responsibility to teach the generation that follows us how to fit in to the world. Instead of looking for a quick fix, we need to hold people to standards and reward them appropriately when reached. We cannot watch kids in control of our home and wonder why our home is hectic. We cannot watch new workers enter the workforce not showing up and not doing their jobs and then blame them for the way things are. We are in charge of how our homes and businesses are run, we need to act like it.

I understand it can be difficult but that doesn’t mean it can’t be done. Besides what’s the alternative? Complete chaos with nothing getting done? We must set clear consequences and expectations and then stand by them every step of the way.

Now let’s look at the millennials. What are they usually asking for? Things like: enough pay to live a decent life, own a home, go on vacations, take care of their children without immense amounts of stress. They also are asking to perform a job they enjoy, be respected at work, be valued and feel like they are making a difference while working at a company they believe in. This is great! This is where our world is going and the millennials are the generation to begin ushering it in!

Before we panic about what they want, let’s take a moment to envision the world as they see it. If they are going to help us move in the direction of everyone living a happy life, I say: let’s go! We’re so conditioned to our own suffering passed down from generation to generation, it’s threatening to think that maybe we don’t have to suffer. Slow down and realize that what they’re asking for is an evolution of humankind. A new way of doing things. If we can embrace what they’re trying to achieve while teaching them about natural consequences and the joy of expansion – we can create this new way of being together! How exciting is that? To live in a world where people actually enjoy what they do the majority of their lives and are rewarded appropriately by it! Instead of arguing about the differences, let’s embrace the vision and work together to make it a reality!