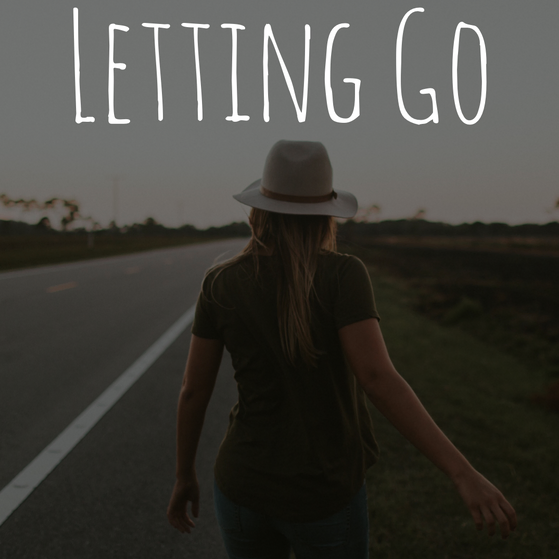 Here’s a regular practice that is very misunderstood. It has become commonplace for people to decide to “let things go” or “let go and let God”. This is a wonderful idea however it needs to be understood and done properly.

When something happens in our lives that we intellectually label as negative, it triggers negative emotion within us. This process is important to understand because it has two separate aspects:

Both of these need to be dealt with before a situation can be “let go”. It doesn’t necessarily matter which order you do these two things, and can depend on the situation itself.

To handle the intellectual aspect, it’s important to find a way of viewing the situation in a manner that doesn’t leave you as the victim or at least not a possible victim in the future. I had a situation where someone on the other end of the phone was doing everything possible to avoid doing their job. It was frustrating. When I hung up, I felt like it wasn’t fair and they should help me since it’s their job, etc. As long as this was my outlook on the matter, I would be carrying around anger. Every time someone mentioned this organization, or perhaps the name of the person I spoke to, it would upset me, it would trigger the negative emotions attached to the incident. I looked for a healthier way to view the situation. Once I was relaxed and stopped feeling like a victim, I realized that the organization this man worked for is notoriously over-booked, there’s not enough help and it’s a flawed system that’s in place. I also brought in compassion and realized that this person had no joy in their voice, they sounded like their energy was drained and the probably didn’t enjoy their job very much. I’ve been in that life situation, it’s not easy. Compassion arose and victimization diminished. I looked at the situation with understanding and it didn’t trigger negative emotions in me anymore.

In this particular case, I had released most of the emotion that was initially triggered before I relaxed enough to think things through. Sometimes you can do it afterwards and many times it’s a little before to calm down and a little after to make sure there’s no residual negativity inside. The process is like this – to the best of your ability, let go of the story in your head and feel the emotion. Put your attention on the physical sensation of what you’re feeling, ie: “I’m feeling pressure in my head and tension in my temples, now it’s moving down to my stomach and I’m feeling nauseous, now it’s in my chest and I feel like someone’s sitting on my chest.” It’s okay, it’s just emotion, it can’t hurt you. If you focus on the sensations instead of the story, the emotional energy will release without being replaced with new negative energy. You see, your body doesn’t know the difference between thinking of something and experiencing it. If you’re thinking about the story that upset you, more negative energy is being created while you’re thinking of it. So let go of the story and allow the emotional energy to be felt so that it can release. That’s it’s job – to be felt. Once it’s felt it transmutes into a different form of energy.

If the intellectual and emotional aspects both aren’t done, letting go simply becomes stuffing. If you stuff the emotion or keep the negative intellectual outlook, all you’ve done is pushed the symptoms aside so you don’t feel them. It’s like taking an aspirin to not feel a headache, you might not feel it at that moment but when the aspirin wears off and you continue doing the same thing that gave you the headache in the first place, you simply end up with another headache. We have to treat the cause not the just the symptom. Changing the way you look at something treats the cause, releasing the emotional energy treats the symptom. This way you’ve treated both aspects and can fully and effectively “let go”. Practice letting go of small things first by using this process and work your way up to bigger things. You deserve to be happy and to fully “let go” of things that have happened to you in the past.