How to Handle Arguments 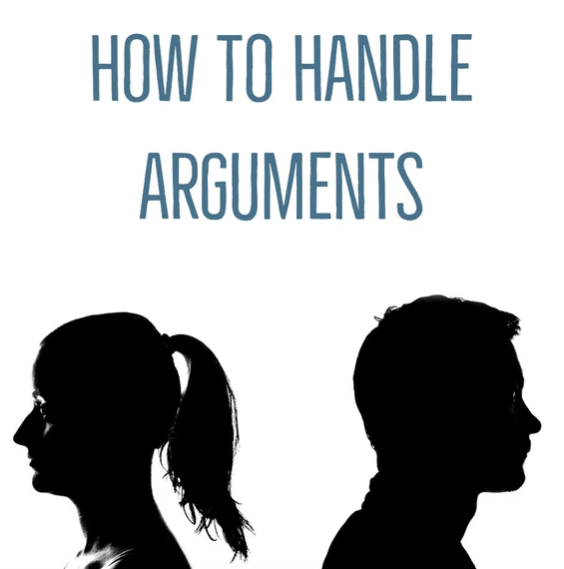 This topic can be approached from many different angles. In this blog, I’ll be approaching it from the arguments over issues angle. A good example of this are political debates that seem to be ongoing and never-ending.

When it comes to arguing issues people can be grouped into three general categories.

1. People on one side 2. People in the middle (undecided or open to change) 3. People on the other side

Most arguments pick up steam and continue endlessly because Group 1 feels they’re right, are locked into their position and try to prove their point and change the mind of Group 3. However, Group 3 feels they are right, are locked into their position and spend their time trying to prove their point to Group 1. This is pointless because the other side isn’t open to the possibility of change and no one changes anything unless they are open to it. Not their mind, opinion, stance or underwear! If you’re not open to change, change doesn’t occur.

This is how all large social change has taken place, when one of the sides stopped focusing on the arguing. It’s often necessary to find common ground with the opposition for large social change to take place. This is actually easier than it seems because – despite our differences, we all want the same things. We just have different opinions how to attain them.

In the meantime, speak to Group 2…they are open to picking a side. Speak to them out of love, explain calmly and non-confrontationally why you feel the way you feel. This is the type of energy people enjoy leaning into because it feels good. Most people in the middle don’t enjoy conflict anyway, that’s one of the reasons they’re in the middle. Another reason is they’re waiting to pick a side that feels right. The fact that they’re open shows that they’re thoughtful and being careful about which side to go to. The more loving your message, the more likely they are to pick your side.

Everyone wants to feel love, so speak your message with love and watch your side expand. You don’t have to defend if someone attacks, that’s one of the most common misconceptions. Simply stay on topic, respect the other side and their beliefs without attacking back. Feed your message with the energy of love and starve the other side. As I said, everything is energy. We don’t have to fight things to make them go away, in fact it simply expands them. What we have to do is starve what we don’t want, don’t feed it energy and it will eventually be gone.

So stay focused on speaking your side out of love to the people that are open to hearing it. When the other side attacks, don’t attack back. Simply give them the respect you’re looking for and keep speaking about what you feel is right. It’s amazing how we as people come together once the arguing stops and we begin an honest, respectful and loving dialogue with each other about the solution.