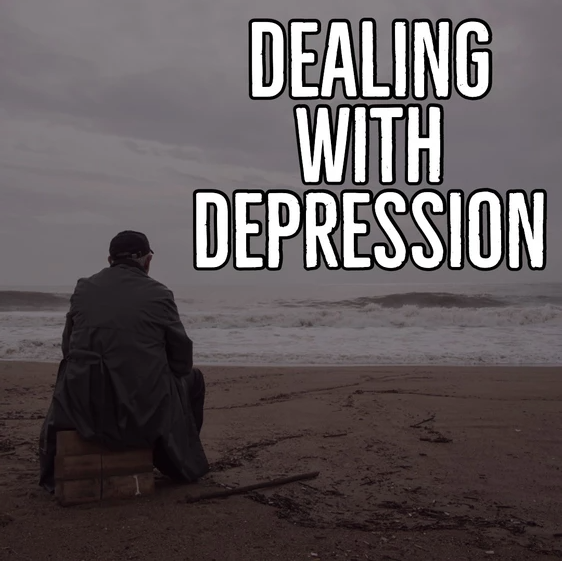 Non-movement = depression. This is a simple formula that holds much insight and Truth. You see depression is a form of hopelessness. When you feel hopeless about things getting better is when depression comes. The mind has to support the diagnosis of hopelessness by attaching to evidence such as things going wrong in the past which implies, they will continue to go wrong in the future. With an unending loop like this to feed on, the egoic mind never runs out of fuel and spirals into depression. The non-movement I mentioned is what starts the thought process in motion. If you don’t like your life most likely you begin to try to change it. Many times, people don’t know how to accomplish this which is why they are in an unsatisfactory spot in the first place. If you knew how to live a happy life, you wouldn’t be living an unhappy life. This is what Einstein referred to in one of my favorite quotes: “You can’t fix a problem with the consciousness that created it.” Therefore, people often continue trying things that don’t work which lands them in the same place over and over. This breeds hopelessness. When you keep trying to move forward but can’t get anywhere, you feel hopeless, which turns into depression.

Depression is one of the lowest vibrating energies there is because it settles into a place of non- movement. It starts with non-movement and loops back into non-movement. Non-movement is dangerous because it goes against nature. We aren’t supposed to be sitting still in a moving, expanding, growing Universe, we must be expanding with it. If we sit still and don’t do anything with our lives, the natural consequence in suffering. Everyone and everything are part of the whole, we all have a reason for Being here. If we are sitting still not walking towards anything or participating in our own lives in anyway, suffering is experienced. The Universe is loving and reasonable, it’s not asking you to save the world or even to find your True Calling (although that is nice), it simply wants you participating in your own life and trying. The Universe reads energy, not results. If you’re intention is to expand and you’re putting effort toward that with an open heart, you win! That’s it. The Universe will support you and align things to help you in your life. If you give up and stop, there’s nothing the Universe can do. It’s not employed by Amazon and cannot deliver a package of joy to your house. You have to participate in your own joy, it’s part of living in an experiential reality – you have to be part of the experience. The most important piece of getting out of depression is to get out of the negative loop that you’re in mentally. I know it’s not easy, I’ve been there, it’s actually VERY hard sometimes but it’s soooo worth it! We’re not supposed to give up, that’s why there’s such a strong will to live. The will to live is so strong that people will live in a state of suffering for a very long time. This is the Universe’s way of giving you endless opportunities to begin moving again.

Movement in any way is helpful. I heard it said years ago that exercise is the most underutilized anti- depressant in the world and I believe that. Why? Because it’s movement and anyone can do it. Even if you’re bed-ridden, you can do it. Exercise releases endorphins that can help get you out of depression, it’s the body’s way of giving you positive feedback for taking positive action. Another great way to activate movement is to help others altruistically. Forget about what’s wrong in your world for a while and help someone else. If I’m feeling down, nothing gets me going again more than working with a client! Often, reaching out for help is necessary to get out of depression. As I mentioned we’re caught in the loop and we can’t see our way out…that’s the whole point. So, get another set of eyes to help look. If we knew how to get out of the spot we’re in, we would have done it by now, so get another perspective. It’s important to remember the three things necessary for change, they are: open-

mindedness, honesty, and willingness. You can’t reach out to someone with a closed mind batting their ideas away because you can’t see how they would work. Of course you can’t see how they would work, if you could, you wouldn’t be stuck in the first place. So, open your mind, be willing to try something different even if you can’t see how it’ll work – it’s better than staying where you are. You literally have nothing to lose. And be honest. If you’re really depressed and really being honest, there isn’t a lot of information that you need to be honest with. It’s basically a version of this: I’m lost, I’m stuck, I don’t know what to do and I’m so scared that I’m going to stay like this I’m paralyzed. If you’re depressed there’s something like that going on inside. It doesn’t matter what the specifics are, it matters that you’re depressed and need to get out of it.

Stay attached to the reality that you have NOTHING to lose by trying things, by reaching out for help, by doing whatever you need to to induce movement. You’re not supposed to be living this way and you don’t have to continue living this way, there is another way. Reach for the tiniest spark of hope whether it’s in this article or by Googling ways out of depression and try them. If you keep moving and reaching, you will get out.